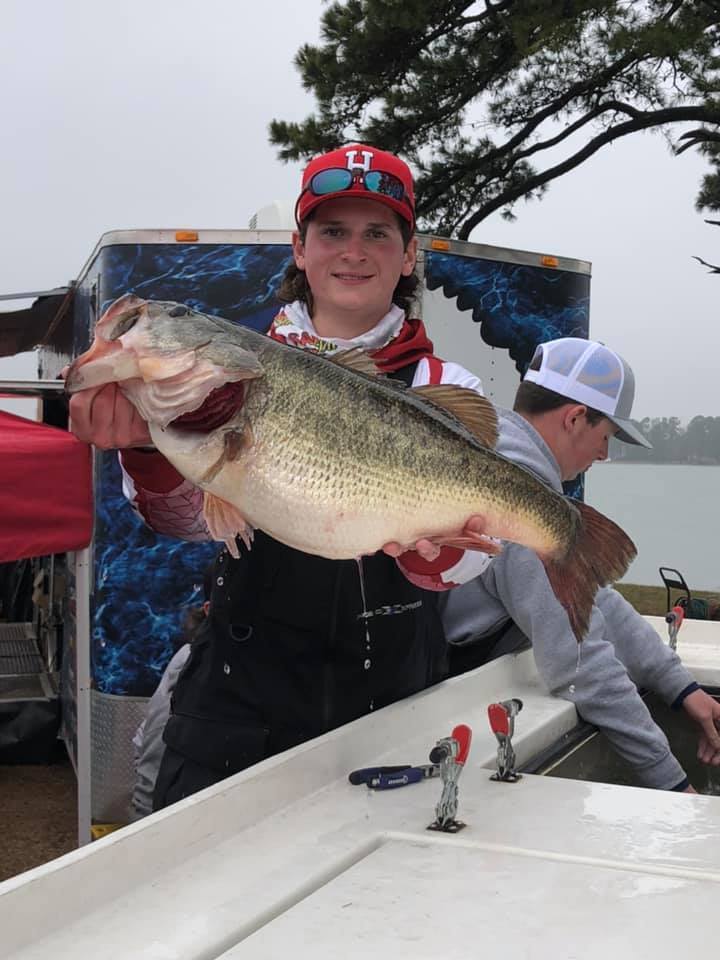 Pake South a Jr at Harmony HS , won the Northeast Texas Texas High School Bass Association tournament, Saturday February 27, at Lake Bob Sandlin.  Pake brought in the big bass of the tournament which weighed 12.8 lbs. setting a junior angler lake record and it was also the biggest bass weighed in at any THSBA tournament.  His 22 lb + stringer was also good enough to win the tournament.

Not only did he win the tournament (secures his spot in Regionals) AND the Big Bass, but he was able to break some records in the process!
-new Bob Sandlin Junior lake record for largemouth bass - 12.8 lbs (previously 11.3)
-largest single fish weighed in at any THSBA tournament (previously 11+)
-new personal best (was 12 lb 2 oz)

They also measured the fish and removed some scales to send in for the Toyota Sharelunker Elite Class (10+ lbs.)

A HUGE thank you to Brian for the time and dedication it takes to be Pake’s boat captain!

Congratulations Pake and good luck with the rest of the year.